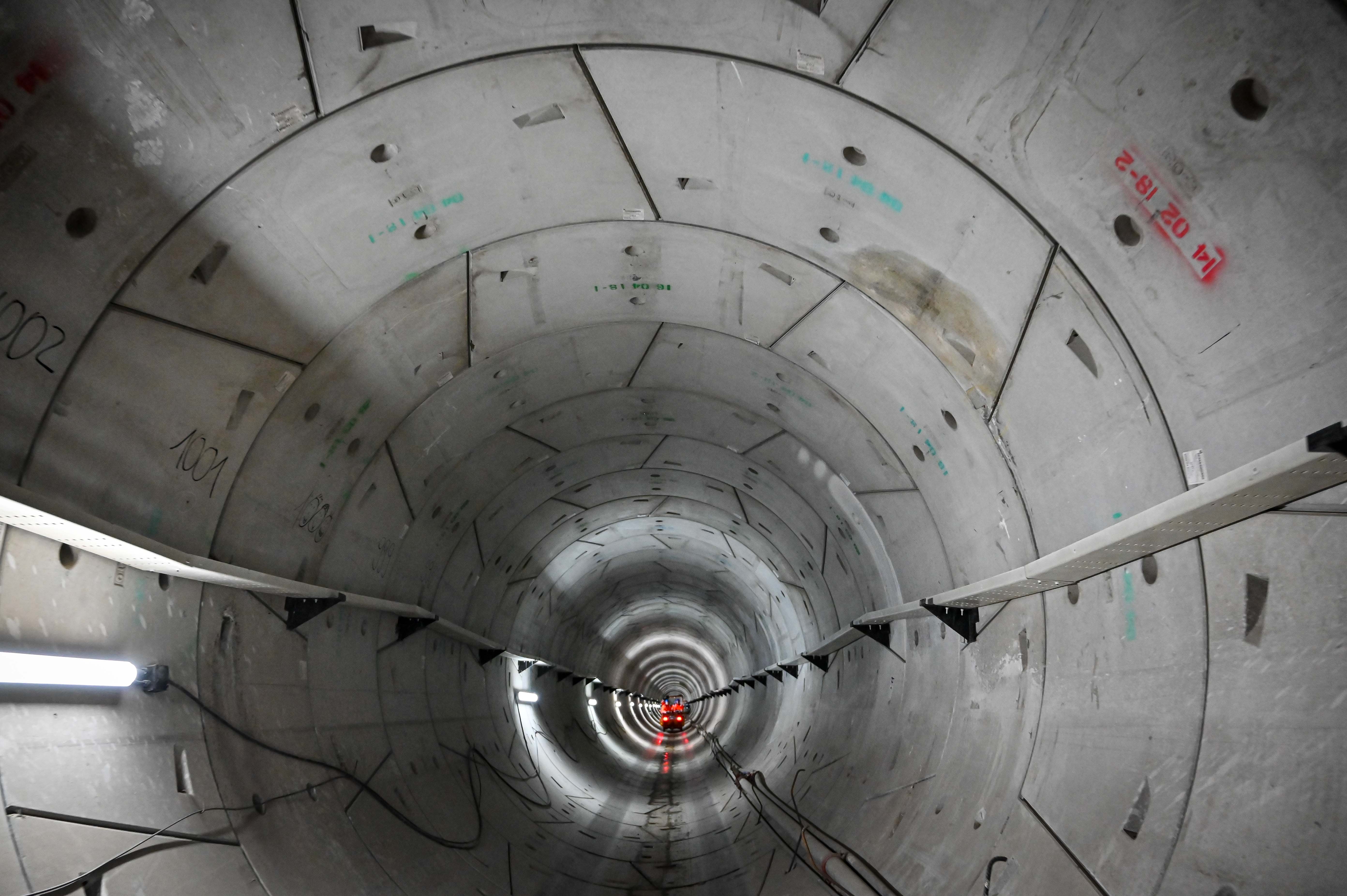 Helping to ensure the reliability of gas supply to UK homes and businesses, bringing in as much as a quarter of Britain’s gas

National Grid completed a new gas pipeline 30m under the surface of the River Humber earlier this year, replacing a trench-laid gas pipe which had become exposed to volatile tides in one of the busiest estuaries for marine traffic in the world.

The pipeline is part of the national transmission system and connects the import terminal at Easington, on the east coast, to the wider gas network. Following commissioning, the pipe is now operational and can now transport between 70 to 100 million cubic metres - around a quarter of Britain's gas.

The incredible feat of engineering involved an 18-month journey drilling a 3.65m diameter tunnel beneath the estuary to enable the new pipeline to be installed. Hydraulic thrust machines pushed sections of pipe on rollers into the new tunnel and the pipes were methodically pushed into the tunnel which had been flooded with treated water to aid installation. After one pipe section had been installed, the next was moved into position and welded to the one in front.  The push continued until all 4.96km of pipeline were fully installed in July this year, securing a place in the Guinness World Records, by becoming the world’s longest hydraulically inserted pipe.

Emma Ford, Head of Gas Construction for National Grid said: “Complex engineering projects such as these require a huge amount of skill and dedication from all those involved. To have delivered this ahead of the cold winter months despite Covid-19 restrictions is a fantastic achievement.”

James Holmes, Operations Director for Skanska said: “Working with A.Hak and Porr we have delivered a project that will help ensure a reliable and resilient supply of up to 25 per cent of Britain’s gas. It has been a real feat of engineering that has been delivered thanks to a collaborative team spirit which has been created over the past four years.”

Gas makes up 40% of the power consumed in the UK; heating more than eight out of ten homes and providing more than half of the energy needs of UK industry.

The pipeline has the potential to play a big role in the future as National Grid works hard to explore how cleaner alternatives of hydrogen and biogas can be used on the gas network, helping the country hit its net zero carbon target by 2050.

Tunnel boring machine Mary was equivalent in length to 11 double decker buses and weighed in at 220 tonnes. Her name was inspired by Mary Fergusson OBE, the first female fellow of the Institution of Civil Engineers.

The boring of the tunnel itself took more than 18 months

Two hydraulic thrust machines pushed eight 620m long and 850 tonne sections of pipe on rollers into the new tunnel and the pipes were methodically pushed into the tunnel which had been flooded with 50,000m³ (the equivalent of 16 Olympic sized swimming pools)

The pipeline itself weighs 6,500 tonnes

It is officially the world’s longest hydraulically inserted pipeline at 4.96km

Through the duration of the project we’ve provided over £80,000 in grants to local community and environmental initiatives and donated over £15,000 to local charities and good causes through our observation card fund raising.

We’ve supported 21 primary schools across North Lincolnshire, Hull and the East Riding of Yorkshire with over £24,000 to fund new science equipment and we’ve run sessions with schools across the area to encourage the next generation of budding engineers.