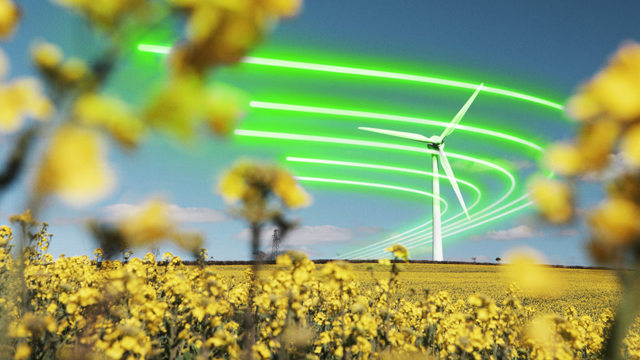 ESO: Why we need negative emissions for net zero

Negative emissions are needed to achieve Britain’s goal of reaching net zero by 2050. But how do we ‘go negative’ and why do we need to?

Britain is on a journey to achieving net zero emissions by 2050 and National Grid ESO has its own ambition to be able to operate the electricity system with zero carbon by 2025. So why are negative emissions the talk of the energy industry? Our Future Energy Scenarios have the answer.

We’re still 30 years from the UK government’s target to bring all greenhouse gas emissions to net zero, so you’d be forgiven for wondering why interest is growing in achieving net negative carbon footprints.

There are many different sectors and industries in Britain, not all of which will be able to bring down their carbon emissions to zero by 2050. As highlighted in our recently published Future Energy Scenarios (FES) – which outline different credible pathways for the future of energy over the next 30 years – that means some areas will have to go further to reduce emissions, to offset sectors like agriculture and aviation that will still be emitting three decades from now.

And that means delivering negative emissions.

When more carbon is removed from the atmosphere and stored than is emitted into the atmosphere, we can say that emissions are negative.

Perhaps unsurprisingly, it’s the power sector that’s best placed to offset those emissions. FES shows that the power sector could be negative by 2033, chiefly by using Bioenergy with Carbon Capture and Storage (BECCS). BECCS removes CO2 from the atmosphere by the growth of biomass and captures it via CCUS (see box).

BECCS features prominently in three of the four scenarios modelled in FES, generating up to 62 MtCO2e of negative emissions by 2050 – and in those three scenarios Britain reaches its net zero target.

But there’s one inescapable finding: it’s only made possible with the negative emissions that BECCS can deliver. 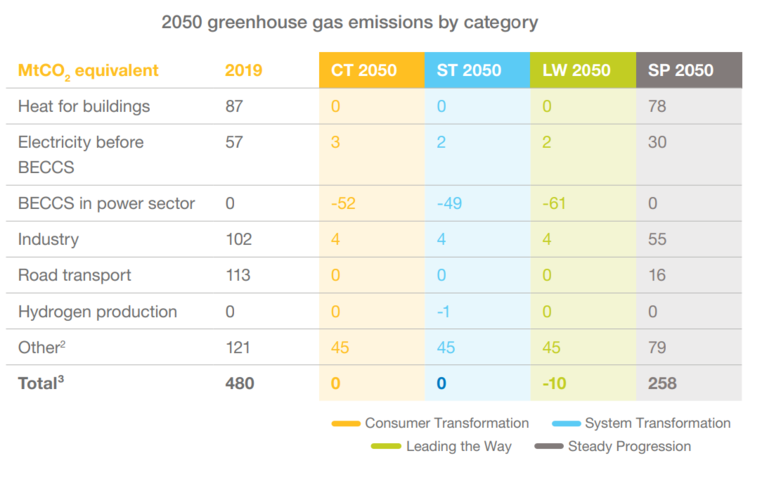 That means bioenergy will have a critical role to play in decarbonising our energy system over the coming decades. Production of bioenergy has doubled in the past ten years and it currently meets around 7% of our energy needs. But our FES analysis forecasts that by 2050 it’s one of four technologies producing over 90% of our electricity in net zero scenarios (alongside wind, solar and nuclear), with up to 9.6GW of capacity installed across Britain.

Bioresources won’t, of course, be the only contributor to achieving the net negative emissions Britain’s power sector needs. Other low and zero carbon sources of energy, the deployment of hydrogen and the scaling up of non-traditional sources of flexibility, such as demand side response and storage, also have key roles to play.

Whatever the outcome 30 years from now, it will have taken a whole system approach to get there – with different aspects of our energy industry contributing in different ways to meet Britain’s 2050 target.

In the meantime, the ESO will be working towards its ambition to be able to operate the electricity system carbon free by 2025.