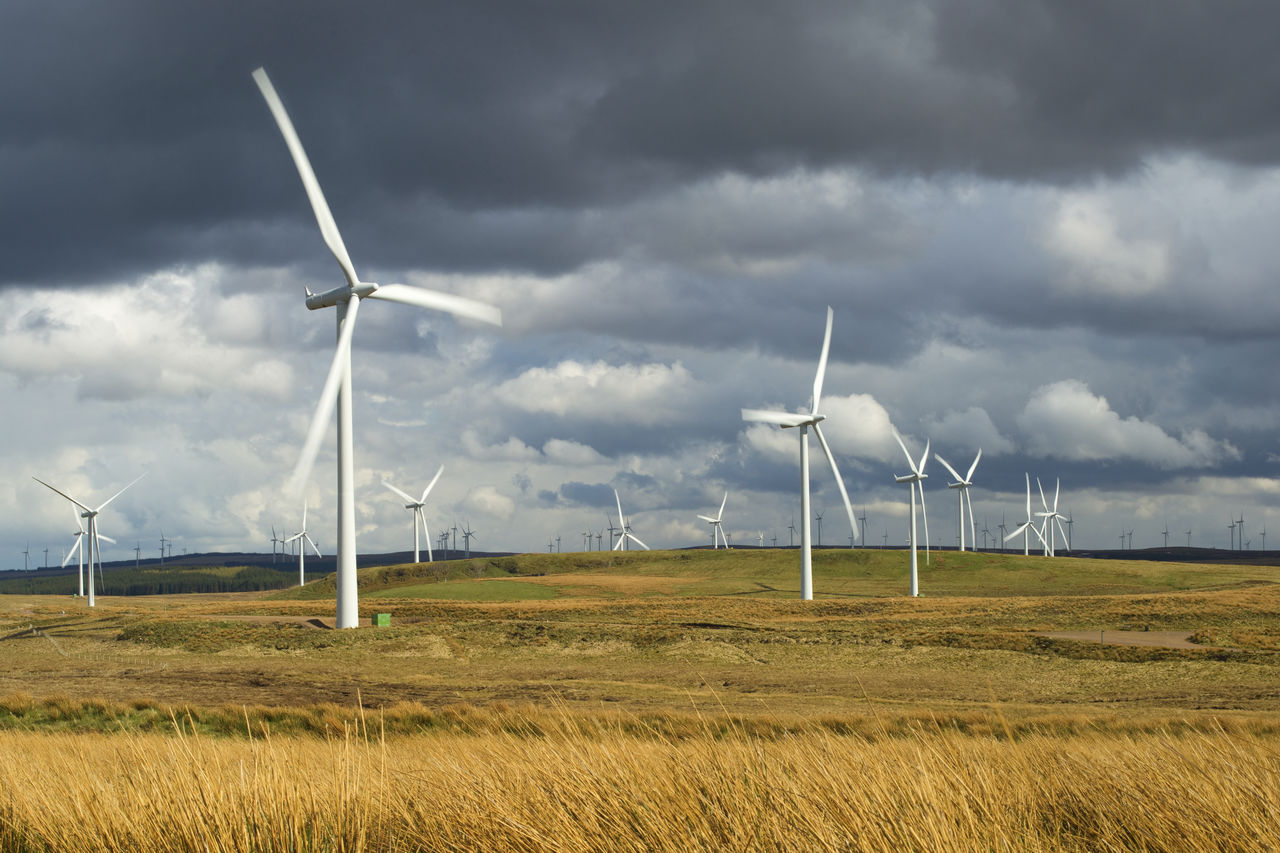 Over the past weekend, Storm Atiyah’s blustery weather resulted in record levels of wind generation, with as much as 44% of Britain’s power needs being met by wind turbines. Not only was this good for the environment, but people up and down the country found themselves being paid to use surplus electricity.

This past weekend’s gales, thanks to Storm Atiyah, meant that the nation’s wind farms were kept busy, with a consistently high level of power produced. In fact, 5pm on Sunday 8 December set a new record for the amount of electricity generated by wind turbines in Great Britain – 16,162 MW, equivalent to around 44% of power needs. National Grid Electricity System Operator’s (ESO) control room says this was more than double the proportion produced by nuclear power (20.5%) and gas (12.8%) for example.

What is negative pricing?

This impressive performance also resulted in a surplus of wind energy, which led to what’s called negative pricing. This occurs when energy suppliers have excess energy and customers on certain tariffs can get paid to use electricity.

High levels of wind generation are something we will see more of as we move towards our 2025 ambition.

Some energy suppliers – companies who buy energy in the wholesale market and sell it on to customers – offer flexible ‘time of use’ tariffs. These tariffs are designed to incentivise customers to use more energy at off-peak times to balance demand. These tariffs charge cheaper rates at certain times of night or day, when demand is at its lowest, and higher rates at more popular times. On Saturday and Sunday night consumers on these flexible tariffs were offered energy prices that saw them get paid for every unit of electricity they used.

Using this excess energy in homes and batteries across the country helps ESO to balance the grid and avoids energy being wasted.

“The high levels of wind generation are something we will see more of as we move towards our 2025 ambition of being able to operate the British electricity system carbon free.

“Initiatives such as negative pricing help us make the most of the green energy and run the electricity system as efficiently as possible – keeping costs down for consumers too,” explains, National Grid ESO’s Director of Operations Duncan Burt.

This encouraging new record for the switch to cleaner, greener sources of energy, follows National Grid ESO reporting in May that Britain had its first week of coal-free power since the industrial revolution.