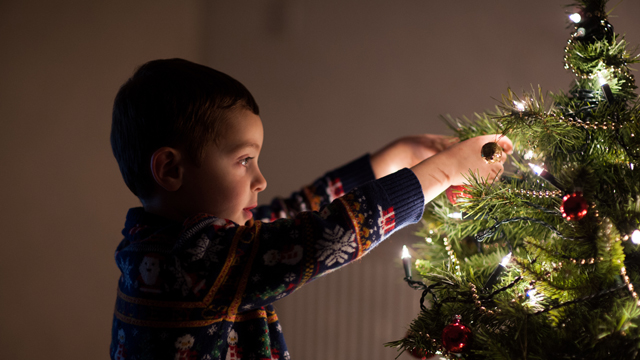 Heating our ovens for Christmas turkey and all the trimmings, switching on the Christmas tree lights and settling down for some seasonal TV viewing. Find out all about our nationwide Christmas Day electricity habits – and how they compare to previous years.

The control room of the National Grid ESO, the electricity system operator for Great Britain, balances the grid second by second – so the engineers have a unique insight into the nation’s Christmas habits and how they affect electricity demand.

Rob Rome, Head of National Control at National Grid ESO, adds: “The engineers in our control room work 24/7 to keep the grid in balance and Christmas is no different, with teams working throughout to ensure safe, secure and reliable electricity.

“Demand for electricity is usually low on Christmas Day and habits tend to be the same every year – even more so now that we have on demand TV, which makes TV pick-ups fewer and far between.

“Many people will be watching the weather, hoping for a White Christmas, and that has an impact on electricity too. If it’s mild and blustery renewable sources will make up a significant proportion of the electricity used to cook turkeys and light up trees – perhaps even a record level. If it’s cold demand will be a little higher, but nothing compared to a standard weekday.

“This year has been the greenest year on record for GB electricity, with the longest ever period of coal free electricity and record levels of wind and solar generation. We’re hoping that this Christmas Day will be the greenest on record too!”