I wanted to make a difference and lead change

Nikki Jamieson is Chief Information Officer for our UK gas business. She joined National Grid in 1995 and has seen a marked change in both the number of women in her field and in attitudes towards women.

Nikki is responsible for all aspects of the IT service for our UK gas transmission business, from determining the future IT/digital technology strategy to helping meet our net zero ambition and making sure there’s tech support that helps keep the gas flowing.

She says: “When I started working in IT it was 2002 and there were lots of women in more junior positions but fewer higher up. Moving into leadership roles that were still more male-dominated was interesting. Diversity of thought and ways of working were limited, and there was a perception that, as women, we needed to ‘work harder’ to prove ourselves.”

This attitude didn’t put her off. “I knew I could make a difference and lead change,” says Nikki.

In the early 2000s, IT was a fairly new and innovative business. Far from being inspired by playing on those (amazing at the time but really very simple) 1980s computers, Nikki says she didn’t have a clue what she wanted to do when she left school. She studied English, psychology and geography, and it was only later that IT appealed.

She says: “I have an inquisitive nature and wanted to make a difference and fulfilling business strategy from IT solutions appealed to me. IT is an exciting and ground-breaking area.”

Nikki worked at a software company before joining National Grid, taking on operational gas industry roles and leading large teams. After a few years, she made a decision to train in more IT-focused areas and worked as a business analyst, project and programme manager. At that time, there was a noticeable gender divide when it came to seniority.

Nikki has witnessed a real change in the representation of women in higher level jobs over the intervening two decades. “It has totally shifted,” she says. “There are definitely higher numbers of females across the leadership team and across multiple areas of the business too, not just IT.”

She doesn’t hesitate when asked if she’d recommend a career in IT to younger women, saying: “Do it! IT is such an exciting area with so much variety, opening you up to so many different opportunities.”

In the run-up to the eagerly anticipated global climate change summit COP26, UK Executive Director Nicola Shaw and US President Badar Khan explain what we’re doing to tackle climate change now and in the future. 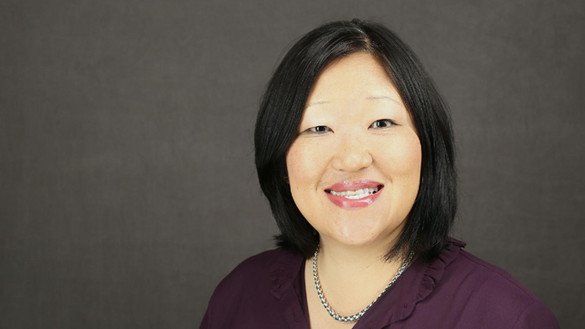 US : Grid at work

Women should always take that seat at the table

Trisha Brabbs has worked in the utilities industries for 18 years and seen increasing numbers of women rise to leadership roles. But here she reflects on the challenges we still need to overcome, including women suffering from ‘imposter syndrome’ and the tendency to self-criticize.